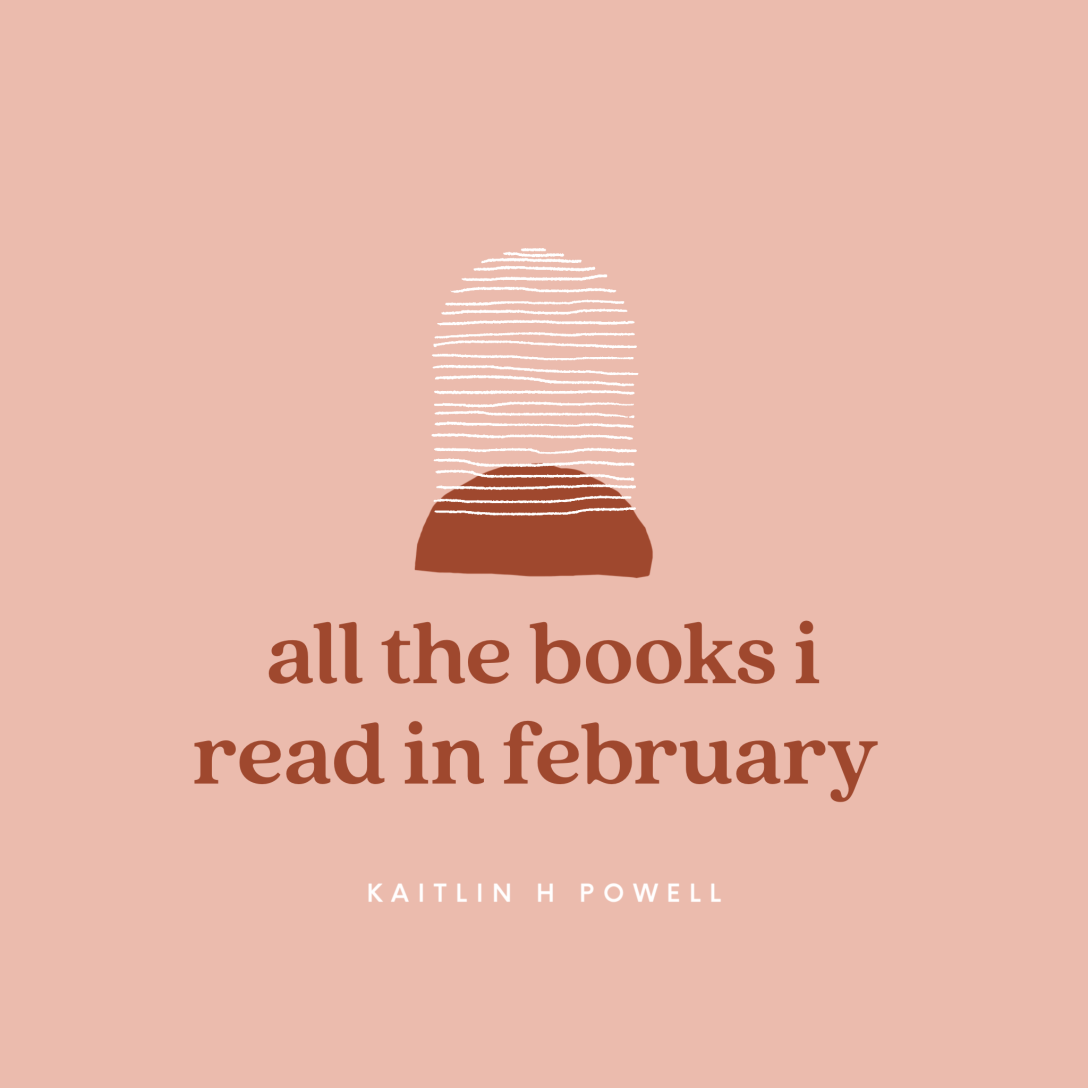 February has been a great month for reading. My most anticipated release of the entire year came out on the 16th, so I was reading much more than usual so that I could read it as soon as possible. My entire month, it seems, has been dedicated to Sarah J Maas. Both on my bookstagram (@court.of.good.books) and on this blog, I have made it no secret that I thoroughly enjoy Maas’s books. I read the Throne of Glass series for the first time this year and reread the A Court of Thorns and Roses series for the third time in anticipation of A Court of Silver Flames, the fourth book in the series. Whilst rereading, I learned more about some of the characters which opened my eyes to the entirety of the series. Without further ado, here are all of the books I read during the month of February!

The long path to the throne has only just begun for Aelin Galathynius as war looms on the horizon. Loyalties have been broken and bought, friends have been lost and gained, and those who possess magic find themselves at odds with those who don’t. With her heart sworn to the warrior-prince by her side, and her fealty pledged to the people she is determined to save, Aelin will delve into the depths of her power to protect those she loves. But as monsters emerge from the horrors of the past, and dark forces become poised to claim her world, the only chance for salvation will lie in a desperate quest that may mark the end of everything Aelin holds dear. In this breathtaking fifth installment of the New York Timesbestselling Throne of Glass series, Aelin will have to choose what—and who—to sacrifice if she’s to keep the world of Erilea from breaking apart.

(The Assassin and the Healer, The Assassin and the Desert, The Assassin and the Underworld, and The Assassin and the Empire) Contains all five novellas. Celaena Sardothien is Adarlan’s most feared assassin. As part of the Assassin’s Guild, her allegiance is to her master, Arobynn Hamel, yet Celaena listens to no one and trusts only her fellow killer-for-hire, Sam. In these action-packed novellas – together in one edition for the first time – Celaena embarks on five daring missions. They take her from remote islands to hostile deserts, where she fights to liberate slaves and seeks to avenge the tyrannous. But she is acting against Arobynn’s orders and could suffer an unimaginable punishment for such treachery. Will Celaena ever be truly free? Explore the dark underworld of this kick-ass heroine to find out.

Chaol Westfall and Nesryn Faliq have arrived in the shining city of Antica to forge an alliance with the Khagan of the Southern Continent, whose vast armies are Erilea’s last hope. But they have also come to Antica for another purpose: to seek healing at the famed Torre Cesme for the wounds Chaol received in Rifthold. After enduring unspeakable horrors as a child, Yrene Towers has no desire to help the young lord from Adarlan, let alone heal him. Yet she has sworn an oath to assist those in need—and will honor it. But Lord Westfall carries shadows from his own past, and Yrene soon comes to realize they could engulf them both. In this sweeping parallel novel to the New York Times bestselling Empire of Storms, Chaol, Nesryn, and Yrene will have to draw on every scrap of their resilience if they wish to save their friends. But while they become entangled in the political webs of the khaganate, deep in the shadows of mighty mountains where warriors soar on legendary ruks, long-awaited answers slumber. Answers that might offer their world a chance at survival—or doom them all . . .

Aelin Galathynius has vowed to save her people ― but at a tremendous cost. Locked within an iron coffin by the Queen of the Fae, Aelin must draw upon her fiery will as she endures months of torture. The knowledge that yielding to Maeve will doom those she loves keeps her from breaking, but her resolve is unraveling with each passing day… With Aelin captured, friends and allies are scattered to different fates. Some bonds will grow even deeper, while others will be severed forever. As destinies weave together at last, all must fight if Erilea is to have any hope of salvation.

A Court of Thorns and Roses

Feyre’s survival rests upon her ability to hunt and kill – the forest where she lives is a cold, bleak place in the long winter months. So when she spots a deer in the forest being pursued by a wolf, she cannot resist fighting it for the flesh. But to do so, she must kill the predator and killing something so precious comes at a price … Dragged to a magical kingdom for the murder of a faerie, Feyre discovers that her captor, his face obscured by a jewelled mask, is hiding far more than his piercing green eyes would suggest. Feyre’s presence at the court is closely guarded, and as she begins to learn why, her feelings for him turn from hostility to passion and the faerie lands become an even more dangerous place. Feyre must fight to break an ancient curse, or she will lose him forever.

A Court of Mist and Fury

Feyre survived Amarantha’s clutches to return to the Spring Court—but at a steep cost. Though she now has the powers of the High Fae, her heart remains human, and it can’t forget the terrible deeds she performed to save Tamlin’s people. Nor has Feyre forgotten her bargain with Rhysand, High Lord of the feared Night Court. As Feyre navigates its dark web of politics, passion, and dazzling power, a greater evil looms—and she might be key to stopping it. But only if she can harness her harrowing gifts, heal her fractured soul, and decide how she wishes to shape her future—and the future of a world cleaved in two. With more than a million copies sold of her beloved Throne of Glass series, Sarah J. Maas’s masterful storytelling brings this second book in her seductive and action-packed series to new heights.

A Court of Wings and Ruin

Feyre will bring vengeance. She has left the Night Court – and her High Lord – and is playing a deadly game of deceit. In the Spring Court, Tamlin is making deals with the invading king threatening to bring Prythian to its knees, and Feyre is determined to uncover his plans. But to do so she must weave a web of lies, and one slip may spell doom not only for Feyre, but for her world as well. As mighty armies grapple for power, Feyre must decide who to trust amongst the dazzling and lethal High Lords – and hunt for allies in unexpected places. But while war rages, it is her heart that will face the greatest battle.

A Court of Frost and Starlight

Hope warms the coldest night. Feyre, Rhys, and their close-knit circle of friends are still busy rebuilding the Night Court and the vastly-changed world beyond. But Winter Solstice is finally near, and with it, a hard-earned reprieve. Yet even the festive atmosphere can’t keep the shadows of the past from looming. As Feyre navigates her first Winter Solstice as High Lady, she finds that those dearest to her have more wounds than she anticipated–scars that will have far-reaching impact on the future of their Court.

A Court of Silver Flames

Nesta Archeron has always been prickly-proud, swift to anger, and slow to forgive. And ever since being forced into the Cauldron and becoming High Fae against her will, she’s struggled to find a place for herself within the strange, deadly world she inhabits. Worse, she can’t seem to move past the horrors of the war with Hybern and all she lost in it. The one person who ignites her temper more than any other is Cassian, the battle-scarred warrior whose position in Rhysand and Feyre’s Night Court keeps him constantly in Nesta’s orbit. But her temper isn’t the only thing Cassian ignites. The fire between them is undeniable, and only burns hotter as they are forced into close quarters with each other. Meanwhile, the treacherous human queens who returned to the Continent during the last war have forged a dangerous new alliance, threatening the fragile peace that has settled over the realms. And the key to halting them might very well rely on Cassian and Nesta facing their haunting pasts. Against the sweeping backdrop of a world seared by war and plagued with uncertainty, Nesta and Cassian battle monsters from within and without as they search for acceptance-and healing-in each other’s arms.

These are all of the books I have read so far–and I am currently reading A Court of Silver Flames. This month has been great for reading, I’m nine books ahead of my reading schedule! After ACOSF, I think I’m going to reread something that I’ve read before; perhaps something contemporary. I haven’t made up my mind yet! Have you read any of these books? Do you have any recommendations? Let me know down in the comments! And, as always, thank you so much for reading!

View all posts by Kaitlin Powell

4 thoughts on “All the Books I Read in February!”