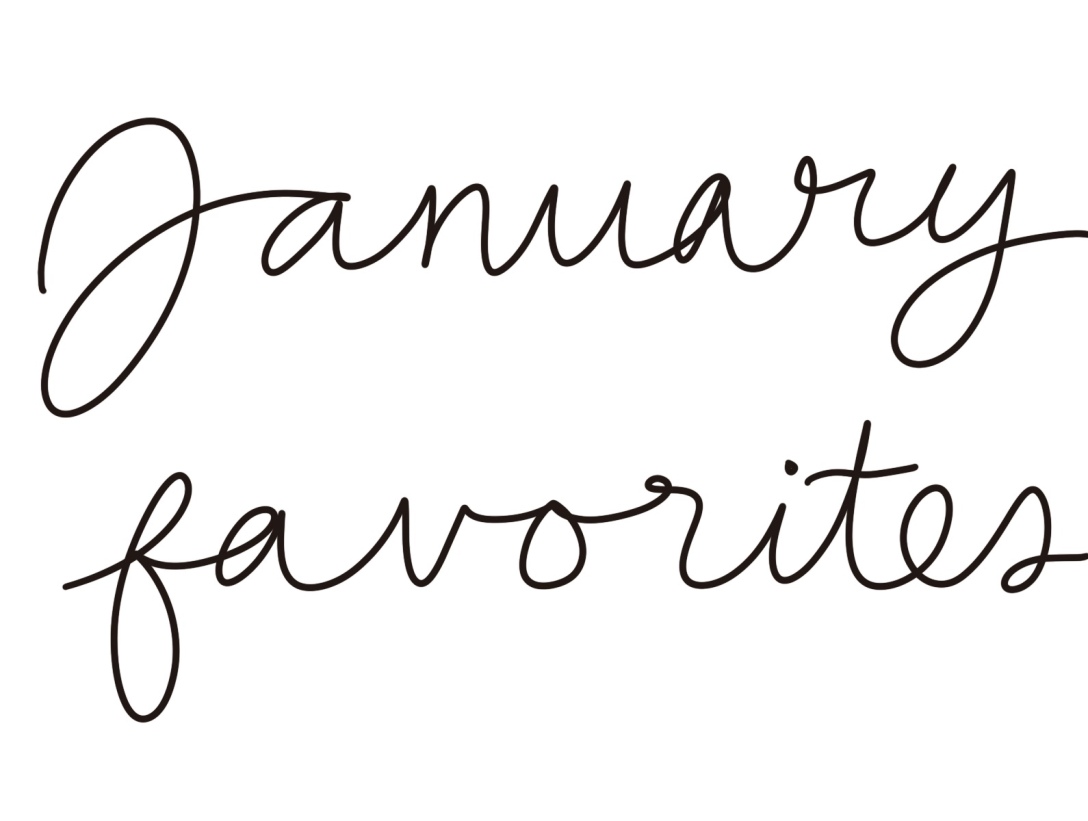 The first month of 2020 is coming to an end. It’s felt like a longer month than normal, but that could just be because I’ve had a lot going on for the duration of the month. My last semester of school started, work has been crazy, I’ve made more time for working out, and more. Overall, I’m happy with January 2020. I’ve made a lot of good memories. I’m excited to see what else comes into the year, but here are some of my favorite things from January.

In my last post, I wrote about the juice cleanse I was trying. I tried it on Monday, and boy was it harder than I thought it was going to be. I did Cleanse #1, and made it just over halfway through. The cleanse consisted of six juices and I made it to the fourth one before bailing. Giving up on something before I complete it is out of character for me. Even I’m surprised that I didn’t finish it. But juice cleanses are hard. You can’t eat and some of the juices are so healthy you can taste it (I.e., you can taste the absence of sugar). I found some drinks that I genuinely enjoy and I look forward to drinking them in the future. But some of the drinks in that cleanse? One and done. Overall, I’ve liked Pressed for the month of January. I have some new things I can enjoy and I look forward to drinking them again.

I’ve been driving a lot. When I was on winter break, I was commuting from my hometown to my college town for work. That’s about an hour and ten minutes both ways. Multiple times a week. Listening to podcasts became my way of dealing with the distance. I rotate between a few, from Potterless to Mood with Lauren Elizabeth to The Skinny Confidential with Him and Her. I tend to switch it up between the three depending on which mood I’m in. Potterless is about a guy in his twenties reading the Harry Potter series for the first time and reacting to it (absolutely hilarious), Mood is about Lauren Elizabeth and what’s going on in her life (more on that later), and The Skinny Confidential with Him and Her is from husband and wife duo who talk about life and have guests to speak on the show. I recommend all three!

I’ve been a fan of Lauren Elizabeth for a while. I’ve been subscribed to her YouTube channel for over two years now and I still love her content. I love her website, her clothing line (though I have yet to buy anything yet, thanks college!), and her book recommendations. She recently came up with a podcast and it already has a good amount of episodes. I think she’s funny, smart, and creative as hell. I look up to her as a content creator and love how many things she can juggle at once while living her best life. She’s real, too. She’s upfront about a bunch of things in her life, which makes me feel better when I’m not having the perfect day or perfect life. She’s original and I highly suggest checking out some of her stuff!

Indy Severe (or Blue, as her nickname goes) has been popular for a while. I haven’t always known about her, but the announcement of her pregnancy and birth of son, Seven, put her on my radar. I looked into her website, her twitter, and some of her videos from her amazing travels. She’s real, like Lauren Elizabeth. She got a nose job because she wanted to, and made it super public. And no one cared! It was really cool to see someone do something for themself that has a bit of taboo without any reaction or backlash. I’ve read almost all of the posts on her blog and have loved all of them. She’s a great writer and super funny. I recommend her stuff!

I’ve been on YouTube more this month than usual. I’ve found some funny videos, some interesting videos, and some videos I watch to pass the time. One series that I have recently gotten into is Dr. Mike, who is an actual doctor. He will watch medical dramas, such as Grey’s Anatomy and The Good Doctor. It’s hilarious to see his genuine reactions to the shows and it’s really interesting to have him explain why he agrees or disagrees with what goes on in the shows. Some of my favorite Youtubers include Hannah Victoria, Sadie Aldis, Kristin Johns, and more. YouTube is growing in the entertainment industry and I’m excited to see where it goes!

Those are my favorites for the month of January! It’s been a fun month because I got to do and experience a bunch of different things. I’m looking forward to February and for the rest of 2020. What were your favorites for this month? Let me know down in the comments! Thank you so much for reading!

2 thoughts on “My January Favorites!”